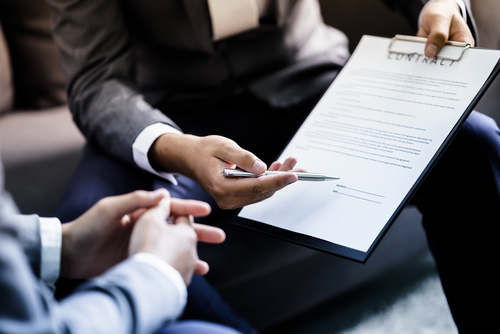 Contract disputes are common for business entities both small and large, as many companies and corporations operate on extensive contracts with business associates and clients. Contracts are well-known for containing minute details that can be the basis for any party to claim a breach of some type. Disputes can actually be nominal in some instances and worked out with ample consideration for all sides. But, they can also be significant claims for considerable financial amounts, often eventually making the way to court when parties cannot agree on a settlement through alternative dispute resolution. This potential legal issue is why it is vital to have an experienced San Francisco Bay area business attorney representing your side of a dispute.

The primary type of alternate dispute resolution most businesses choose for ending a breach claim is mediation. Mediation is an informal method of settling contract disputes where all parties can openly discuss their particular points in a dispute claim, allowing everyone to communicate openly without the formal recording of every topic discussed. This is commonly where many nominal disputes are settled, especially when they do not involve huge financial claims by either party. A successful mediation process will produce an agreement that all parties accept, resulting in a valid enforceable contract resolution. Details of the discussions remain confidential as well unless otherwise stated.

Arbitration is a much different ADR than mediation. It is actually often the result of a mediation process that did not produce an agreement between the disputing parties. All sides to a contract breach issue present their case to a magistrate or arbitration panel and the third-party judge issues a ruling based on the facts of the case. Potential litigants opting for arbitration must agree prior to the process to accept the ruling of the judges as final, meaning there is no recourse for appeal. Cases that cannot be agreed upon for arbitration then result in civil litigation.

Any business in northern California that is dealing with a contract dispute should contact us at the Law Office of Steven C. Finley San Francisco Bay area contract attorney for a full evaluation of ADR potential for your contract dispute issue.